Both Tania and Jonathan enjoy a variety of activities including cycling, hiking, camping, alpine skiing, pond hockey, restoring antique cars, playing, seeing and listening to music of all types and bird watching.  They are also avid hockey and baseball fans.  They are currently involved with the Bikes for Cuba program which helps to supply much needed bicycles, tools and cycling equipment to Cuban junior cycling teams.

Tania and Jonathan make their home in Brownsburg, Indiana where they have a son, a daughter, a dog and two cats and spend their free time camping, hiking and biking with family and friends.

Jonathan has been in the bicycling industry for twenty-four years.  He has worked for four independent bicycle retailers; the Bicycle Exchange-Georgetown in Washington, D.C.; Bicycle Garage Indy in Indianapolis, IN; Indy Cycle Specialist in Indianapolis, IN and Nebo Ridge Bicycles in Carmel, IN.  He also worked as the Indiana Sales Representative for bicycle parts supplier, Quentin Distributors.  Jonathan spent several years as the Mountain Bike Representative on the Indiana Department of Natural Resources Trails Advisory Board, was the Indiana Representative for the International Mountain Bicycling Association and was also on the Board of Directors for Bicycle Indiana and the Hoosier Mountain Bike Association.  He is a current member of the Professional Bicycle Mechanics Association. 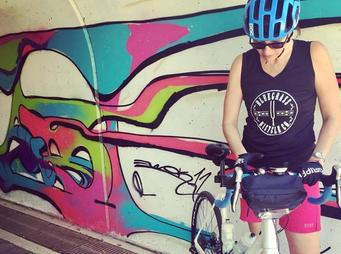 Tania has been dedicated to the local cycling community since 2005.  She began by organizing volunteers for the Hoosier Mountain Bike Association's trail building efforts as well as special events.  As the owner of Sub-9 Productions she created, promoted and ran several nationally-recognized cycling events including the Brown County Breakdown, The Sub-9 Death March and the Gravel Grovel.  She has dedicated countless hours to building and promoting women's cycling as the Founder and Director of the Midwest Women's Mountain Bike Clinic, one of the largest and longest running women's mountain bike skills clinics in the country.  She is a current member of the Professional Bicycle Mechanics Association. 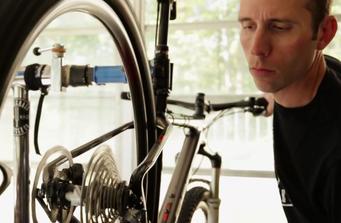